According to the International Monetary Fund, Brazil’s economy took a hit by 3.8% in 2015, and thanks to the recent outbreak of the Zika virus (affecting more than 1.5 million people in the country so far), the country is in all likelihood to face another setback by shrinking further by 3.5%.

Now, let us start by saying that Zika, alone, cannot be blamed for the country’s abysmal economic scenario. Brazil, already, is grappling with a few needling issues including political uncertainty, low prices of commodities among others. It can well be said that Zika has only gone to add to the country’s misery. However, let us tell you that economists are still not sure about the exact figures that would help them quantify the impact of Zika on Brazil’s economy or for that matter, on the World economy. The country’s tourism sector has already suffered a blow with scores of pregnant women already rescheduling their flights to Brazil.

Can Zika affect the country’s growth? Find out from this video!

However, experts are still hopeful about the fact that the country necessarily does not have to go bankrupt owing to the Zika fiasco. And, the prediction is straightaway attributable to the fact that Zika is not a transmissible disease – at least, it has not really proved so, yet. As such, its adverse effects on indoor entertainment, retail, and workplace attendance are not really going to last for long. Plus, as winter ensues, the country will witness the slowing down of the disease.

How Zika has affected Brazil’s Tourism Sector? Is there a way out?

Quite unfortunately enough, the country’s tourism sector is most likely to take a long time to bounce back. The future of the upcoming 2016 Olympics Games is already shrouded in mystery. The country, as such, is staring not only at possible revenue losses but erosion of reputation as well.

Though experts refuse to trust present health minister Marcelo Castro’s ability to helm Brazil’s response to Zika, it has been maintained that the country’s institutional capacity to control outbreaks is commendable. Oswaldo Cruz Foundation, notably, remains one of the credentialed institutions working on the characterization of the disease. Keeping the conflicting opinions in view, it remains to be seen how the country responds to the present problem at hand, keeping its financial constraints in view. 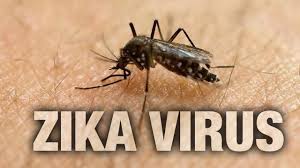 Professional Indemnity Insurance - Claims Made the Basis of Cover Explained