Things To Keep In Mind When Buying Commercial Insurance

It can be difficult to fathom how corporate empires can commit fraud on such a large scale. There are a variety of tricks that accountants can use to satisfy investors and keep analysts scratching their heads. While these companies are destined to fail at some point, in the majority of circumstances the damage has already been done.

These 5 accounting scandals are considered some of the worst in history.

WorldCom was America’s second largest long distance phone company. In 2002 they were exposed to a huge $11 billion accounting fraud. CEO Bernard Ebbers, along with a close knit group of chief executives created a scheme that hid their declining financial condition. The scheme revolved around misreporting interconnection expenses from other telecom companies. This resulted in $3.8 billion of false reporting. The façade of growth was used to boost the value of WorldCom stock. Ebbers himself took out corporate loans in excess of $400 million and is now serving prison time for fraud and conspiracy.

Although Barclays is one of the world’s largest banks, they were at the forefront of a scandal involving Libor manipulation. This is a process where banks lend each other money at high interest rates. After an investigation the company owned up to the allegation of manipulating the London Interbank Offered Rate. This led to the resignation of CEO Bob Diamond and Barclays were ordered to pay $450 million. Other banks were also under investigation. 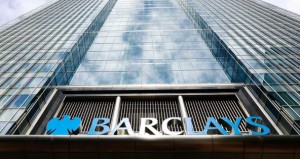 Barclays had to pay $450 million after admitting Libor manipulation.

HealthSouth’s CEO Richard Scrushy was involved in a number of charges relating to major accounting fraud. Scrushy intimidated senior officers and accountants into hiding bogus earnings and inflating balances to $2.7 billion. In 2003 charges we filed against Scrushy, alleging that he tricked stockholders into thinking thatHeathSouth were meeting financial targets; however, it quickly became apparent that the financial statements had been tampered with. Although Scrushy was acquitted, he was found guilty of bribery and ordered to pay $2.87 billion in damages.

Tyco International was involved in a huge scandal in 2002 regarding the improper use of company funds. The trail led straight to CEO Dennis Kozlowski and ex-CFO Mark Swartz. Both of them were found guilty of stealing $120 million and inflating the company’s condition by over $500 million to boost stock prices. When Tyco’s shares slid in 2002, it emerged the Kozlowski and Swartz sold in excess of $100 million of stock. Kozlowski resigned and was investigated for tax evasion and Swartz was convicted of multiple cooked accounting practices. Both are serving jail sentences.

Enron are at the forefront as what’s been described as the biggest audit failure ever. Company bosses used alternative business identities to conceal loses and inflate earnings. Shady financial reporting hid these dubious activities from shareholders and the company managed to keep multi-million dollar debts off record. The result was the largest bankruptcy in history when share prices slid from $90 to less than $1 within a year. Shareholders eventually lost $74 billion.

As these 5 scandals prove, shady accounting is never worth the risk. If you aren’t 100% sure how to conduct your own accounting, it’s always best to leave it in the hands of a professional; otherwise, you never know where you could end up. To ensure your books are legally sound, visit Arnold Hill.