Home Others Why Brexit is Not Recession Part 2

Why Brexit is Not Recession Part 2

As expected, Britain’s historic decision to leave the European Union had its immediate impact (needless to say, adverse) on World Economy. And, we clearly aren’t speaking only of mild tremors here. One of the major financial headlines to closely follow the heels of the “Brexit panic” was that of the global market being swept off 2 trillion dollars right away. As the world feared that the UK referendum was not going the way David Cameron had planned it, the British pound went on to experience its scariest one-day sell-off figures. The London stock market started with plummeting figures only to recover by closing down 199 points.

That Britain would suffer its biggest financial blow if it did choose to leave the EU, had been made clear way before the referendum. Understanding the dynamics becomes simpler when one takes Britain’s exports into account. More than half of its exports are restricted within Europe- not to forget the lower tariff and the other trade facilities Britain used to enjoy as a member. And, its decision to leave the Union would, in all probability, lead to a sizeable reduction in the trade as well. As per reports, Britain’s trade would fall by something in between 1.1 to just a bit above 3 percent.

The tremors are felt mostly in Asia, America, and Europe. Now, however, is the time to find out whether a consistent trend has developed over these days following Brexit or not. Let us discover the same. Is it time to brace up for another recession? We hope not! Let us find out what the leading economists have to say.

In an interview with CNBC, John Van Reenen (Centre for Economic Performance at the London School of Economics) opined that the world will immediately be faced with short-term economic challenges where the businesses will be scared to make investing decisions simply because they’re uncertain about the future.

Paul Krugman of the New York Times argues that though a short-term crisis is almost imminent, there is yet no reason to believe that we are heading towards something as massive as the Recession. He agrees that the trade tariffs are low and the restrictions are milder compared to what the non-members have to face. Plus, the lack of assurance from Britain regarding long-term investments will definitely lead to plummeting trade and productivity in the country. In the past, we have witnessed the kind of positive impact the European countries have been able to yield on cross-border selling– riding solely on their assurance. Today, however, there is little room for such assurance.

However, he refused to brand Brexit as a long-term crisis because he believes that the fall of the Britain pound is not as big as it sounds. According to him, Britain in fact had witnessed a much bigger fall at different junctures in the past including during the 70’s crisis and when it decided to leave the Exchange Rate Mechanism in 1992. And, because the country borrows in its own currency, it is definitely not going to face the kind of catastrophe experienced by Argentina which borrowed in dollars.

So, basically, it is not yet the right time to compute the magnitude of Brexit’s impact. Economists have unequivocally agreed on the short-term crisis but touting it as Recession 2.0 is definitely a far cry. 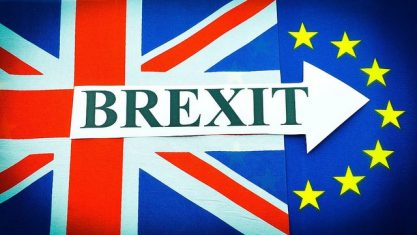 How Should You Celebrate After a Month of Saving?

Why Debt Consolidation and Credit Counseling ARE For You