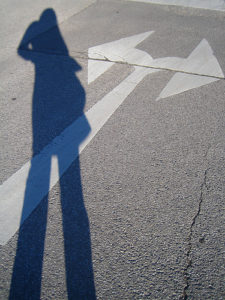 No one is going to encourage you to become an out and out pessimist because negative Nellies are not pleasant to be around. However, there can be advantages to pessimism when it comes to handling finances. Pessimists tend to have more money than optimists.

A pessimist is one who perceives a half-filled glass as being half empty, whereas an optimist perceives it as half-full. That may be a rather sophomoric way of describing a pessimist but you can get the gist from this example.

A pessimist tends to have buyer’s remorse before he purchases something, rather than after the fact like most of us, and as a result doesn’t buy it at all, which saves him money.

A pessimist possesses a negative streak a mile wide. He is full of doom and gloom and is certain the sky is falling, which isn’t a very pleasant way to go about life; however, this attitude may keep him from going broke.

It is more pleasing to be around an optimist than a pessimist, although the over cheerful person can get on your nerves and rub you the wrong way at times (Quit smiling!) There doesn’t seem to be much of a benefit to being a pessimist but, in fact, there is.

There are times when pessimism is far more beneficial than optimism. Pessimists tend to be more exact in their assessment than their life-is-grand, isn’t-everything-wonderful counterparts.
Because of this approach to life, pessimists tend to do well in business, and with money, because they are realists and have a strong grip on veracity. The world is never seen through rose colored glasses when you are a pessimist. They call it as they see it, which is sometimes doom and gloom, but they are often right.

When the country is in dire financial straits, the pessimist believes this is a permanent condition while the optimist thinks it is temporary. The pessimist plans accordingly, which means he is probably more frugal than the optimist.

When something good happens, such as a financial windfall, the pessimist is certain this isn’t going to last and, once again, reacts accordingly and takes very good care of that money unlike the optimist who thinks the financial boon is going to last forever and may be a bit more reckless with the cash.

We’ve all known someone who is absolutely certain that the stock market is going to crash, the banks are going to close their doors and another Depression is right around the corner. They’re the ones who keep their savings stuffed in an old athletic sock that is stashed in the back of their closet. This seems a bit histrionic and paranoid but, on the other hand, in the off chance that their pessimistic outlook is right, they will have access to money whereas the rest of us won’t.

Now about that optimist … Optimism is fine but it shouldn’t be taken to the extreme, according to Manju Puri, professor of finance, and David T. Robinson, professor of business administration, both employed at Duke University Fuqua School of Business. These professors are the authors of Optimism and Economic Choice (2007.)

They report that those who are excessive optimists fail to do long-term planning, don’t have much of a savings if any and rarely pay off their credit cards. However, when someone is moderately optimistic they are more likely to save money, pay off their credit card balances, work more hours than the extreme optimist and believe that their income will get bigger in the next five years.

Ironically, extreme pessimists often perform the same way that extreme optimists do but for dissimilar reasons. An extreme pessimist may think that everything is unequivocally going down the tubes and there is virtually nothing that anyone can do about it so why get ready for the future, and this includes saving money, so he doesn’t. Whereas, the extreme optimist is so convinced that things are going to work out that he doesn’t have any need, financially, for a safety net. Different approaches but the same result: No money when they need it.

A pessimist tends to zero in on problems and potential disaster while an optimist only sees what is heartening and does not recognize possible obstacles. In this respect, a pessimist may be smarter when it comes to making investments and in the way he spends his money. He is more cautious.

There is a need for restrained pessimists in the world because they are in tune with reality. A reasonable pessimist is practical and that is a good thing to be, particularly in business and when handling money.

It may be that the person who has found a healthy balance between optimism and pessimism does best when it comes to finances because he is realistic while also being hopeful.

Author Bio: Patrick Del Rosario is part of the team behind Open Colleges. It is one of Australia’s pioneer and leading providers of online TAFE courses and business management courses. When not working, Patrick enjoys blogging about career and business. Patrick is also a photography enthusiast and is currently running a photography studio in the Philippines.