Home Budgeting Gold Think Gold! Why It Isn’t Wrong To Be Thinking About Investing In Gold

Think Gold! Why It Isn’t Wrong To Be Thinking About Investing In Gold

Though the price of gold has corrected significantly in the last two years, the correction has provided a great buying opportunity for savvy investors. The gold bull market will likely continue for many more years given that the fundamentals for owning gold are stronger than ever.

Why Investors Should Think About Gold 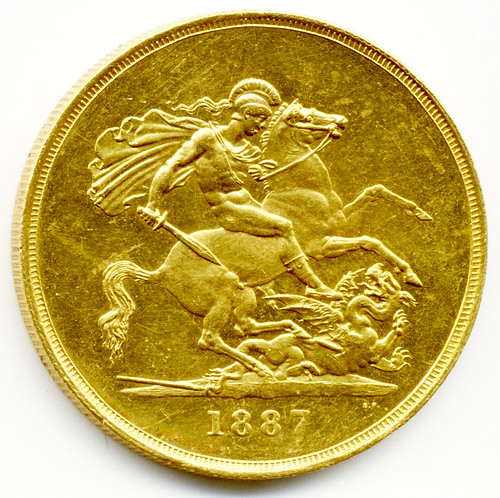 In 2008, due to the collapse of the real estate market in the United States and Europe, there was a significant risk of a global deflationary depression similar to that of the Thirties, requiring the coordination of central banks to recapitalize the banks and keep interest rates artificially low to avert such an outcome. The Federal Reserve then began a massive bond-buying program known as quantitative easing (QE), causing its balance sheet and the monetary base to grow multiples in size. Currently, the Fed is buying $85 billion in mortgage and sovereign bonds monthly, and, even if the Fed tapers as it has suggested, the money supply will continue its parabolic growth. Other central banks, such as the European Central Bank, the Bank of England, and the Bank of Japan, have engaged in similar programs of monetary easing.

Though some have argued that there will be a full economic recovery and interest rates will rise, which is supposedly bad for gold, the level of indebtedness in western countries and Japan means that rising interest rates may trigger sovereign debt defaults, as occurred in Greece and Cyprus. A spike in interest rates in the United States, which has a debt to GDP ratio of over 100 percent, will mean that a significantly larger percentage of tax revenues will go to just paying the interest on that debt. With annual deficits of about $1 trillion projected into the next few years and millions of Baby Boomers about to retire, the United States simply cannot afford a spike in interest rates. The debt levels in much of Europe and Japan are even worse, particularly with the social safety net and aging populations of these nations.

With unsustainable debt levels in western nations and Japan, central banks will likely resort to the path of least political resistance, which is to print money to pay off the debts. Since a real market no longer exists to offer credit to these nations, the central banks will be forced to continue buying the bonds issued by governments, in effect acting as an extension to these governments and buying their own debt. Though such programs may provide temporary stability to an economy, in the long-run investors are likely to bet against the bonds and currencies of these nations, potentially causing debt defaults and collapsing currencies. At the very minimum, these nations will experience very high inflation due to vastly weakened currencies at some point, causing the gold price to reach new highs relative to these currencies.

Though some have declared the end of the gold bull market due to gold’s correction since reaching $1900 per ounce in 2011, the gargantuan debts of many industrialized nations and the policies of monetary easing in vogue among central banks mean that the price of gold may move multiples above its current price before the bull market is over. Investors should therefore think about allocating at least a small percentage of their assets into gold to hedge themselves from the systemic risks that remain in the financial system.