How to Deal With Your Leads 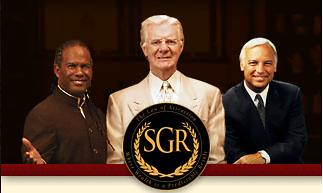 If you read self-help books then you will find that largely they all say the same thing – the only thing that changes is the way that they say it and the different goals they promise you’ll be able to achieve as a result.

One of the most popular recurring themes for instance when you read self-help books is the ‘law of attraction’ which is a concept that lends itself very well to tis area and which can easily be re-written to apply to different areas of your life. In many cases then you’ll come across the law of attraction in various different guises when you read books designed to help you get rich and generally on personal finance. But what is it? And does it work? Here we will aim to find out.

What is the Law of Attraction?

The idea of the law of attraction is that ‘like attracts like’ and that the way you behave and act will ultimately affect the way that others behave and act toward you. It can also be compared to the concept of the ‘self fulfilling prophecy’ and generally it suggests that if you behave and act in a certain way, then your life will change to follow suit.

A very basic example of this for instance is what you buy and what others buy for you. What you would assume here is that the person who is poorer and who has less ‘stuff’ would receive more gifts and presents from others than the person who has more and isn’t wanting for anything. This of course would make sense – because the person who has a lot of stuff needs less. However the reality is that actually we tend to give people who are wealthier and who have more things already more expensive gifts than those who do not. The simple reason for this is that we are trying to ‘keep up’ with the standard of what they own and give them something they aren’t likely to turn their nose up at (though hopefully no one would do this).

How it Makes You Rich

The general idea behind using the law of attraction to get rich then is that if you act like you are already rich and successful then you will be more likely to become rich and successful. This means spending a little more on your hair cut, dressing better and walking with more confidence. Act as though you know you’re going to be successful and everyone who deals with you will think that you must be – otherwise why would you act like that? This in turn will give employers more faith in you so you are more likely to get better jobs and it will mean that people want to do more business with you so that they can become successful ‘like you’.

Of course you could just liken this to investing in yourself – investing in your looks and your confidence so that others believe in you too. That’s all this really boils down to – valuing yourself. And while it’s not smart to spend money you don’t have, if you look like you value yourself highly then other people will be more likely to do so as well.

Kat Edwards is a professional finance blogger and writes on topics ranging from frugal living to proven money making methods. In her current assignment, she is writing for a popular caravan insurance quotes website www.caravaninsurancecomparison.org.