Keeping Your Budget is Easy, if You Change Your Life Instead

Most people growing up dream of meeting their one true love, marrying, starting a family and living happily ever after. For some it happens and in later life they can sit back and think about the wonderful life they have had together. Sounds easy don’t it? Well it is important from the outset to stress that it isn’t; indeed there are few better words than ‘stressful’ to describe the periods that everyone goes through in life, especially if they find themselves in financial difficulties with no obvious solution to their problems.

Money cans certainly a source of discord between couples; two people growing up in different environments may have a completely different view of money, its value and management. On the one hand some children are taught the value of money from a very early age and recognize the importance of not spending money that they cannot afford. Some grow up with a less disciplined view of money. The complacency that prevailed prior to the recession created an environment where easy credit produced a level of spending that was unrealistic. It soon became evident to all when the Collateralized Debt Obligation Crisis struck and misery followed.

Anyone making a decision will draw on experience; at least they should. The economic environment in recent years has resulted in many people having debts and more restrictions in obtaining credit. For a couple just starting out on married life and expecting their first child it is important that they look at their personal financial situation. Suddenly household costs may be about to rise just as their income falls; if a two income family suddenly loses one of those incomes money will inevitably become tighter. If both partners have always been careful with their money they are more likely to automatically plan for the future.

Ordinary couples coming from a working background may not have a great deal of money to start their married life. In the USA statistics suggest that there is still considerable credit card debt, some that appears to be out of control. That debt is expensive. At the end of every month a high rate of interest is applied to a balance. Those who can only afford to pay the minimum required by the credit card company each month will hardly scratch the surface in reducing their debt and their credit card can easily become a burden. As a matter of urgency young couples should address any credit card debt, especially if they are expecting an addition to the family. 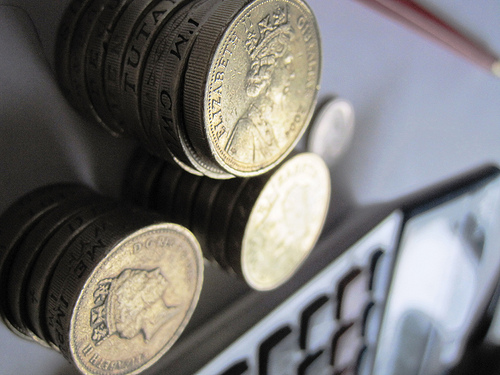 Few are likely to have an equity in real estate if they have bought in the last few years. The recession hit the market badly and many people found themselves in negative equity; owing more money than the current value of the house. It means that re-mortgaging is rarely an alternative for obtaining the finance to settle debt. A mortgage is a sensible way to build up assets; in the medium to long term real estate should appreciate in value and mortgage interest rates are very competitive. However there are other loans that can play a positive role in a financial strategy. Personal loans have interest applied but it is far less than credit card holders are paying to their card companies.

Modern day online lenders will look favorably at applicants who can show he or she has a regular monthly income and the ability to repay the monthly instalments on time for the whole term of the loan. Such loans used to pay off credit card debt will remove stubborn balances and ultimately result in a better financial picture. It is a simple and quick way to borrow money. Online applications require some basic information and decisions will be made extremely quickly; the funds are likely to be transferred within a single working day after approval.

Every young couple should have a budget and follow it. If one of the two has been fairly complacent about money in the past the other should definitely make sure it is an argument with only one winner. With a new addition of the horizon there may be economies to make, every day things like socializing and eating out may have to go. What must also be achieved is a manageable debt situation and credit card debt is rarely manageable. Pay it off and have the determination and self-discipline never to build it up again; a personal loan at a competitive interest rate is an excellent way to do it.