No matter where you turn these day someone seems to be talking about tax avoidance. Schemes like Liberty and Icebreaker (which sound like the names of military operations) had many high-profile clients whose names have since been publicly divulged. Gary Barlow, George Michael and Katie Melua all made the headlines for their involvement with these so-termed “aggressive” tax avoidance schemes.

HRMC has since launched crackdown and is in the process of strengthening existing legislation, actions which some in the accountancy world have seen as pedantic and over-the-top. This will be another chapter in the government’s long-term strategy to tackle tax avoidance since 2004, when the first Disclosure of Tax Avoidance Schemes (DOTAS) came into being. DOTAS meant that anyone who entered a scheme destined to generate tax saving was flagged to the HMRC who would later investigate the structure. 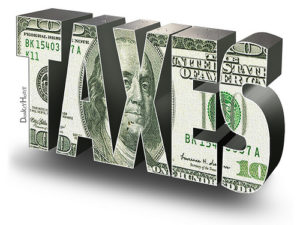 This led to some wins for the revenue service but also caused those determined to avoid tax to seek non-DOTA alternatives. Around five years ago, promoters of tax savings schemes realised that a DOTAS number would bring HMRC knocking at their doors, so they started interpreting the rules slightly differently and offering non-DOTAS products. HMRC thought that their tactics were working because the number of notified schemes fell, but in fact promoters were getting craftier. And so we have the situation in 2014, where some investors have been missold tax savings and are being penalised, paying back millions along with many others. The lesson to the wealthy is now to avoid such schemes that purport to legally save on tax and to alway seek tax advice from experienced accountants.

Katie Melua admitted that she was “clueless” about tax when she invested in the Liberty scheme. And a top tax expert, Graham Webber head of professional relations at Rebus,

“Perhaps the time has come for the Revenue to offer a tax amnesty in the same nature as the Liechtenstein Disclosure Facility,” he said. “It should give investors who did not know what they were buying into a chance to say ‘I didn’t know what I was doing,’ and let them get on with their lives.” He said that HMRC should “show some grace” and increase its flexibility when allowing people to settle, rather than taking a “hard line which works in its favour” when calculating repayments.

HMRC currently gives a “spotlight” on schemes that are to be avoided by people looking to make tax savings. Their official statement on the matter is: “The DOTAS regime captures a wide range of tax avoidance activity, and has proved instrumental in closing down tax loopholes. It is backed up by a strict regime of penalties of up to £1m for those who don’t disclose the schemes they are required to. We encourage anyone with information on schemes they think should have been disclosed to tell us about them by contacting us on 03000 588993.”

Tax tips and advices from Sallie Mae for 2017 financial year