It is fair to say that currencies are by far the most traded asset, being traded around the clock whenever the markets are open. Traders looking into the possibility of getting involvedin binary options trading will find trading currencies not only exciting, but potentially highly profitable. Those new to trading should be aware that currencies are always traded in pairs, so for example, EUR/USD refers to the strength of the euro against the strength of the U.S. dollar. Trades may be placed on virtually any combination of currencies with some of the leading binary options brokers offering traders a huge range of currency pairs.

The basic premise behind currency trading is that a trader predicts whether the value of a country’s currency will rise or fall in value in relation to another country’s currency. For example, assuming the United States receives a piece of positive economic data while the European Union publishes negative economic data, the U.S. dollar will likely rise against the Euro. When trading currency pairs, in the same way as with all binary options, the trader is taking a view on the currency pair through placing a ‘CALL’ (the value will rise) or a ‘PUT’ (the value will fall) option.

When trading currency pairs it is important for traders to keepa close eye on market movements in order to be aware of the economic situation and stability of a number of countries. This knowledge will assist them in understanding how currencies compare with each other and help to increase their chances of experiencing significant returns on their trades.

Traders opting to trade currencies will find many trading platforms providing a broad range of currency pair options such as USD/CAD,EUR/USD, USD/JPY and GBP/USD, which reflect a selection of the most popular currencies traded across the world.Identifying currency pairs that deliver good returns can take time and practice but as soon as a trader grasps an understanding of the relationship between the different currencies, they will quickly be able to reap the rewards.

Binary options tradingis an ideal way to trade currencies. All a trader needs to do is choose a pair, analyze the data, and decide whether it will go up or down over a specified period of time. For example, if the current price of EUR/USD is 1.30954 and he expects the price to go up in the next hour, he would place a CALL option on EUR/USD and wait for the outcome in 60 minutes time. If his prediction is correct he stands to make a profit from the investment.

This can be illustrated with a real-life, current example relating to the value of the USD in March 2015. The U.S dollar at this time, is close to hitting a 12 year peak versus the Euro and its highest level versus the Japanese yen in nearly eight years amid expectations of a mid-2015 Federal Reserve interest rate hike and the European Central Bank’s bond-buying program.

The dollar index, which measures the dollar against a basket of major currencies, hit its highest since September 2003, whereas the euro has fallen to its lowest level since April 2003. The launch of European Central Bank quantitative easing sent European yields lower and weakened the Euro, as did renewed concerns about Greece’s financial situation.

With the surging dollar a headwind for U.S. growth, a trader can take advantage of this favorable situation by trading the EUR/USD currency pair. In this case, he may take the decision to place a ‘PUT’ option on this currency pair if he believes the USD is likely to go up in relation to the Euro. In addition, a trader could trade the USD/JPY, placing a ‘Call’ option in response to the dollar’s strength against the yen. Both positions in this scenario could result in being potentially profitable.

Traders can proceed to trade currencies by opening an account with a reputable binary options broker where they will be able to choose from a wide range of currency pairs on the broker’s trading platform. Binary options trading has grown in popularity as it presents traders with lucrative trading opportunities. It is also particularly suited to currency trading and since current affairs and events have such a profound effect on currencies, this explains why so many traders choose to trade in this way and go on to become successful currency traders. 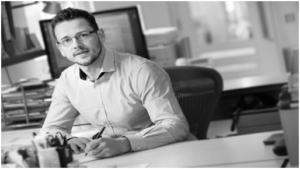 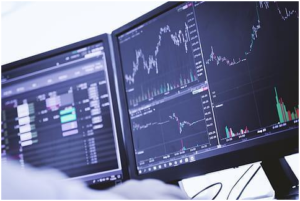 Mistakes of Newbie Traders on Forex 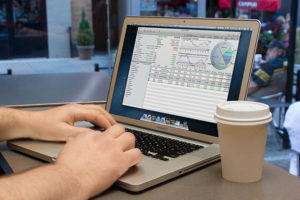