According to recent reports, bankruptcy applications are now being taken out of court and pushed online since the 6th of April, 2016. The process is all set to become cheaper and faster as the bankruptcy fee has also gone through a change. Are you a debtor who is looking forward to filing bankruptcy to restore peace in your financial life? If you have submitted your application before the aforementioned date, your bankruptcy application will be submitted to the court and will be handled by a judge. But if you submitted your papers after 6th April 2016, you’ll probably require starting again utilizing the new online system. As per the new rules, fees and paperwork submitted before 6th April will be straightaway dealt with in the court, irrespective of the hearing date.

From the 6th of April, you can fill out an online application form for filing bankruptcy and avert the requirement of attending a court hearing. The form will be submitted to the adjudicator at The Insolvency Service instead of a judge who would analyze your present financial situation and then make a decision.

Remember that the adjudicator is not the judge. They are rather federal officials who work with the Insolvency Service. Their only role is to review the current financial situation of the person who files bankruptcy and make wise decisions about the bankruptcy applications of that person.

Changes brought into the bankruptcy fees

From the 6th of April, 2016, the cost that you needed to pay for bankruptcy application has dropped from £705 (that used to be paid in cash at the court) to £655 – £130 for the adjudicator to take into consideration your application and the fee has changed to £525 for handling the entire bankruptcy process. If you are not able to afford this amount of money, you can even get the permission of paying for your bankruptcy application in installments of as little as £5! While you can make online payments, your application won’t be submitted until you clear the outstanding amount.

Filling out the online form – Help

The only way in which you can apply for bankruptcy in Wales and England from the 6th of April is through an online form. In case you don’t have easy access to a computer or you’re not much comfortable using it, you may seek the help of close family members and friends. You may also seek free advice and help from a legal debt adviser or the Insolvency Service Enquiry Line.

If you have already started a paper bankruptcy application but you haven’t yet submitted it to the court, you’ll probably require starting again with the help of a new online application. If you submitted your fee and paperwork to the court before the 6th of April, the court is liable to continue dealing with your bankruptcy case.

This brand new system is being brought into effect as an initiative of the government to change public services, thereby making them simpler to use and saving the money of the taxpayer. People think that such changes will assist the debtors in avoiding the stigma of going to court for bankruptcy proceedings. The stigma associated with bankruptcy often puts people off from resorting to this option and instead they dig themselves deeper into debt. But thankfully the new application process online is created to be intuitive, personal, and simple.

So, if you’ve been delaying the inevitable just because of avoiding the taboo associated with it, you can now go for it as the new changes have made the bankruptcy process more private and transparent. 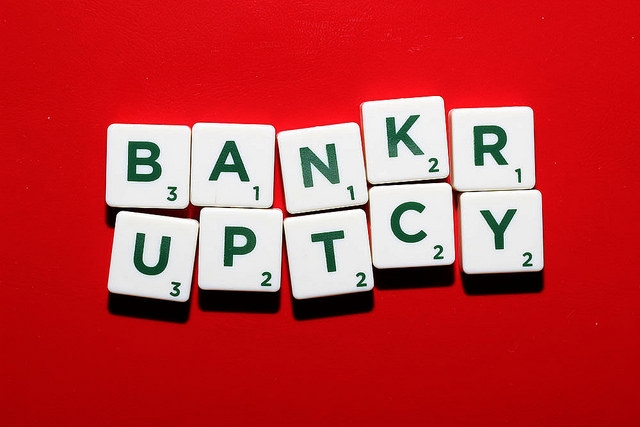 Cashing in Your Life Insurance Benefits to Pay for Retirement – Is That a Feasible Option?