What should you know about travel insurance for terrorism?

Restaurant recession seems to be the most discussed topics (ask the finance gurus if you want to!) as of now. If the recent “research notes” are to be believed then the restaurant industry is well headed for recession. The news might as well come as a surprise for those who know for a fact that the restaurants have experienced the most notable fiscal growth since 2013. However, let us tell you that the most prominent trends along with the historical cycles are pointing towards a possible recession in the restaurant industry. 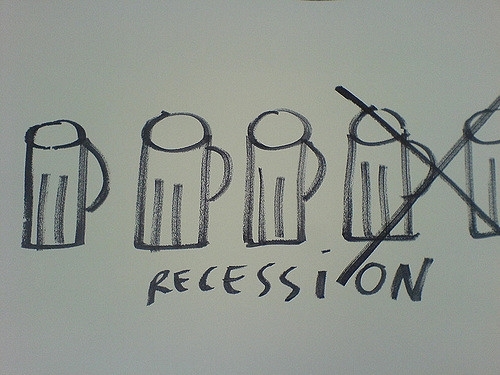 Excess supply remains one of the biggest reasons why a near-imminent recession is predicted at present. The years between 2010 and 2016 experienced high capital influx. Thanks to the surge of investments, the restaurant industry is actually on its way to attain trajectory likened to the kind of growth it experienced in the year 2007. However, 2007 was obviously different. As against now, the restaurant sector was not really competing with independent or chef driven ideas to attract customer attention then. So, supply, basically is at an all time high today. Plus, there are the higher labor costs to be kept in view as well. Wage inflation definitely remains another factor which quickly eats into the profit margins of restaurants.

Casual dining space: What to look forward to

According to Andy Barish (Jefferies), the earnings growth expectations have come down by nearly half across casual dining coverage. And, this (casual dining space), is the area where the restaurants are most expected to feel the heat as far as slow commodity tailwinds and rising labor costs are concerned.

Recession: Good for the restaurants?

Last but not the least, it must not be forgotten that it has been pointed out many a times that economic recession, in many ways, turns out to be beneficial for the restaurants and that’s because of the fact that the over inflated commercial rentals are renegotiated as leases during recession. Restaurants that experience major revenue reduction can easily settle for renegotiation – obviously aimed at rent reduction. Plus, there is a marked sense of immediacy noticed among most of the successful entrepreneurs out there. It is quite true that when the pain of recession subsides, smarter restaurateurs concentrate on renovation.