Tips For Filling In Your Tax Return Online 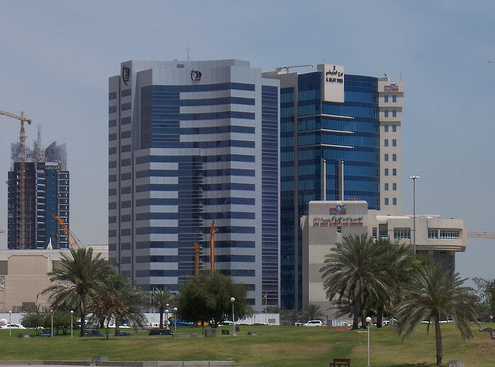 Qatar is an incredible country by whatever measure you care to use. Its economic growth figures are the envy of much of the world. Yet its rise to dominance not only within the Middle East itself, but also much further afield, has all occurred within living memory. Prior to the Second World War, the country struggled economically, relying in the main on fishing and pearl hunting. When the Japanese cultured pearl flooded world markets, Qatar’s economy crashed. But everything changed dramatically with the discovery of oil in the 1940s. The rest, as they say, is history.

Financial institutions, including the multinational HSBC bank in Qatar, have played their part in the country’s dynamic growth of recent years which now even surpasses its wealthy Gulf neighbors. Qatar in fact is often tagged the richest country in the world in terms of GDP per capita, elbowing Luxembourg into second place in the richest-country list.

According to figures from the International Monetary Fund (IMF), Qatar’s economy has nearly tripled in size since 2005, growing by 18.8% in real terms in 2011, and forecast to grow yet further in 2012 by some 6%. So many countries around the world are struggling economically at the moment but Qatar is most certainly not one of them!
Qatar’s more than 1.9 million population is massively boosted by the large number of immigrant workers seeking employment in the country from around the world. The largest numbers come from neighbouring Arab countries, India, Nepal, Pakistan, Sri Lanka and the Philippines. When combined together, immigrants make up around nine-tenths of the country’s labour force. Unemployment in the country, estimated in 2011 to be around 0.4%, is the second lowest in the world after Monaco.

The people of Qatar are pretty sophisticated in outlook and have high expectations in terms of healthcare, housing, education, finance and other services. It’s hardly surprising in so wealthy a country that personal banking – not to mention online banking, of course – plays such an important role in day-to-day life. Qatar Central Bank is the regulatory authority for the country’s many financial institutions and companies. As well as having a supervisory role, the Doha bank, which was established in 1993, has a number of other responsibilities including the prevention of money laundering and combating the financing of terrorism.

Opening a Qatar bank account is a relatively straightforward process for expatriates. Obviously when you apply you’ll need to show some official documentation such as your passport, work visa and residency permit. You’ll also need to show a letter from your employer stating what your salary is and that the employer approves of you opening a bank account. On successfully opening an account, you’ll then need to give your employer a letter from the bank, confirming that the bank is willing to receive your salary. And that’s all there is to it!

ATMs are growing in number throughout the country and are widely available. So there should be little difficulty in accessing your cash. ATMs typically accept debit and all major credit cards such as Visa and MasterCard. However, always bear in mind that although the use of credit and debit cards is common, cash is still very popular when it comes to paying for everyday items.