Medical Cards: Should You Opt for Them?

Saving money for one’s financial future is not always an easy task. When it comes to putting away funds for children to go to college, it is important to know that options are available to ensure that they have the best chances to succeed.

Knowing the right tools can be vital, as making mistakes can end up costing families dearly. According to Bankrate.com, not keeping in mind that some savings accounts have taxes attached when reaching a certain point can really hurt more than help.

“In the federal formula that determines how much financial aid a student receives, there are asset protections for money in a parent’s name that are not there for money in a student’s name,” said Robert Helgeson, director of financial aid for Valparaiso University in Indiana, according to the news source. “If a parent has $100,000 in assets, the government is going to expect them to contribute $6,000 of it to education. If a student has $100,000 in assets, the government will expect $20,000.” 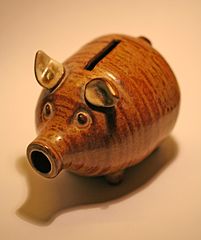 Instead of using a plain savings account, it may be a good idea to check out the 529 college plan. The news source explained that these accounts work similarly to retirement plans, and they accrue funds without being taxed. Depending on the type, the plan may invest aggressively at an early age before leveling out as the child ages.

Though 529 accounts are set up to pay for college, parents may not want to cease contributions at the point of acceptance into school, U.S. News and World Report showed. This is due to these tools being useful for those who want to continue to put money toward their child’s education and not be hit with tax penalties while they are in school.

Using an IRA also is a possibility. According to BabyCenter, these options are not just for retirement, and they will help lower taxes, with some contributions being tax deductible. It is important to keep in mind that using this as a part of a personal finance plan will have taxes deducted once money is withdrawn.

Looking toward a number of options may be the best way to tailor a financial strategy that gets a child through college as painlessly as possible.