5 Tips To A Successful Business Launch 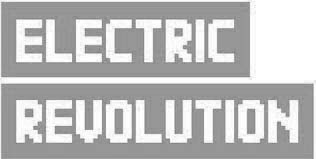 Industry leaders are planning for a mass influx of electric cars in Canada in the coming year. Hybrid cars were received well in the country, and aided by government rebates, saw many motorists embrace them. The same is slowly happening with electric cars, and it is anticipated that there will be at least 500,000 electric cars on Canadian roads in 7 years. This number may not be high enough to justify a revolution, but it is a major step. Chances are the units on sale are likely to surpass the given figure.

There is a desire with most of the population to shift from oil and gas dependence, fanned by the rising gasoline prices and a shaky economy. A large percentage of car users only need to drive short distances to get to work or run home-related errands. This can be easily done with an electric car, saving on money. Most of the electric cars already sold in the country are owned by people who drive short distances every day. Instead of spending so much on gas, many are now opting to go for rechargeable batteries as in electric cars, which attracts as little as $1.75 a day.

This growing interest and demand for electric cars has caught the Canadian government’s eye. The municipal and provincial electric utilities are currently running pilot projects on usage and other modalities, in readiness for the growing market. Several Canadian energy companies are also carrying out tests of various plug-in electric cars in different provinces, to check viability and long term probabilities.

All this attests to one fact: Canadians are embracing electric cars. The national outcry that was seen when the government blocked the sale of Zenn, Canada’s best electric car, is testament. Extensive research precedes any form of testing. That leading companies such as Hydro-Quebec and the government are conducting tests and pilot projects shows that the results of whatever research they conducted were positive.

The argument to buy or not to buy is easily resolved by thinking long term, which many Canadians have done. The cheapest electric car at the moment goes for about $15,000. Those who argue that this is too expensive see only half the picture. In any case, luxury cars cost far more than this, less fuel expenses. It is true that one can buy a gas-powered vehicle for much less, but the real difference is in the cost of operation. You spend about a tenth or less to keep an electric car going, than you would a gasoline vehicle.

As more people face this reality, the need to buy an electric car becomes more real. There are hurdles along the way but by providing the necessary support, the government can encourage the growth of electric cars in the country. Of course there are the usual disadvantages over gas-fueled vehicles, such as a lower mile range.

For the person who drives less than 50 miles every day, which is a majority of the working and student population, this is not a problem. This lot can use the electric car effectively to get to the school, office and home. Depending on model, electric cars cover between 40 and 100 miles on one charge, and can reach speeds of 135 mph. This also varies with model, but not by much.

For now, you still need an extra car – hybrid or gas-fueled – for when you need to drive longer distances. Those who do not want the inconveniences of paying for the upkeep of two cars are a little shy of buying the electric car, preferring to wait longer in the hope that more powerful batteries that can support close to the 300 gas car mile range will be developed. Unfortunately, this will take a while.

Jamie Connelli is an insurance agent from Newmarket, Ontario who occasionally writes blog posts on upcoming trends in the automotive sector. Recently he had a few guest posts published on Kanetix.ca about electric automobiles and car insurance opportunities.