Joint Mortgages: Things To Keep In Mind When Buying A Property With Other People 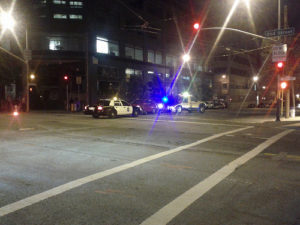 Unfortunately, drunk driving in Pennsylvania is a growing problem. According to Mothers Against Drunk Driving, 33 percent of the total traffic deaths in the state in 2011 involved a drunk driver, and those fatal incidents claimed 433 lives. While there are many other states with more drunk driving related fatalities than Pennsylvania, the 2011 totals mark an eight percent increase from the prior year, which is a troubling statistic for those who traverse the many roads and highways in the “Keystone State.” With the numbers on the rise, it is extremely important to teach the state’s youth about the dangers of such irresponsible behavior. Doing so will not only help to keep your child safer behind the wheel, but educating young drivers about the dangers of driving drunk will also combat the rising number of fatal incidents in the state.

If you are the parent of a young driver, be sure to sit down with your child and go over the key points below so they fully understand the consequences of a poor decision, such as drunk driving.

Drunk Driving Can Ruin Your Life

Once you get behind the wheel, there’s no turning back. It only takes a split second for something to go horribly wrong, and if you get caught driving drunk, your life can go from picture-perfect to totally miserable. After being pulled over for driving under the influence, you will quickly find that DUI charges are extremely harsh and can follow you around like a black cloud. Insurance totals will rise and legal costs will pile up. And, that’s just if you’re lucky enough not to crash. Should you lose control of your vehicle, you are risking your life and your livelihood. Drunk driving in Pennsylvania can destroy your life. Even if you are lucky enough to live through a crash, there’s a good chance you will be left with life-altering injuries and a mountain of medical and legal bills. Is it really worth the risk? Absolutely not.

Drunk Driving Can Ruin the Lives of Others

When you drive in an impaired state, you are putting countless innocent citizens at risk of injury or death. From pedestrians to police officers to other drivers, you just never know who you could hurt with the foolish decision to drive drunk. From taking someone’s life to taking away their good health, you can wreak havoc by driving drunk just as easily as pulling the trigger of a gun. A vehicle can be considered a weapon, especially for drunk drivers, and Pennsylvania law calls for severe penalties against drunk drivers who kill another person while behind the wheel, either intentionally or negligently.

It’s Better to be Safe than Sorry

Young drivers under the age of 21 should not be drinking at all, but for those of legal drinking age, the maximum allowable blood alcohol content is .08 percent. Be sure to stress to your children and other young drivers in your life that they should never get behind the wheel after they’ve been drinking, even if they only had one or two drinks. The risk of financial penalties, injury, and death is simply not worth it. It is better to be safe than sorry. Use a designated driver, call a friend or family member for a ride, or take a taxi. Asking a friend for a favor or spending a few dollars on a cab is much better than paying thousands in legal and medical bills later because of a drunk driving accident. Even for those who may be underage and drinking anyway, a scolding from a parent is far less harsh than dying behind the wheel.

By talking to your children about drunk driving in Pennsylvania – especially going over the risks with new drivers who just got their license – you can help to keep your loved ones safe while also helping the state cut back on the troubling rise in drunk driving incidents.

Patrick Whalen is a part of an elite team of writers who have contributed to hundreds of blogs and news sites. Follow him @2patwhalen.