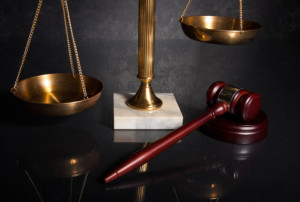 I don’t think anyone in Australia could have missed the six-year case of the 37-year-old unidentified lady who sued the government – her employer – for compensation due to an injury to her nose and other assorted facial parts while away on business in 2007.

This was no regular injury.  Her nose did not get damaged while lifting boxes while on duty at a trade show.

Her nose did not get damaged because she tripped on her way between meetings.

Her nose was injured while having sex.

Apparently it had something to do with swinging from a light fixture.

In 2012, Justice John Nicholas of the Federal Court ruled in her favour that the injuries were indeed suffered in the course of her employment.  The Court ruled that she should be compensated for physical and psychological damage – that her employer is financially responsible for  what happened?

OK, that means that having sex was part of her job description, right?  Uh, no.

But she was told to have sex on the job, right?  I mean, she didn’t undertake sex of her own free will, on her own time, for her own benefit, right?  Uh, well, actually, she did.

Ah, but the motel room was booked through the government, and the customary “Please refrain from swinging on the light fixtures” label had not been applied to the light fixture from which she or her partner swung, right?  That must be the grounds on which she sued, that she could not possibly have known that the light fixtures were not placed there for her to swing on?

That must have been one very clever lawyer to get a ruling in her favour.  Justice Nicholas ruled that what she was doing was a moot point.  The ruling was based on the fact that the injury occurred during an “interval or interlude” of her overall employment schedule. He said:

“If the applicant had been injured while playing a game of cards in her motel room she would be entitled to compensation.”. 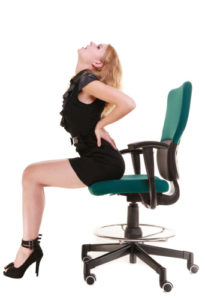 , the government’s workplace safety body, had rejected her compensation claim, saying that this particular sexual activity “was not an ordinary incident of an overnight stay like showering, sleeping or eating”.  Just like playing cards!  Comcare’s lawyer noted that this was “a frolic of her own”.

What could the employer do to protect itself?

Employees would no longer be allowed to eat what they wished.  Only employer-sanctioned food by employer-paid cooks would be allowed.  Beef and broccoli soup again!

Bathroom breaks?  Please sign this  waver.  The approved bathroom that we have inspected to ensure that we are not liable for any injuries related to activities undertaken in the bathroom, is on the third floor of the east wing.  Please note that in this waver, you have indemnified the company against all injuries that could be caused should you choose to swing from bathroom light fixtures, which is strictly prohibited by company regulation 334c29-xtd.

Oh, and if you plan to have sex in the bathroom, please also complete the following waver that you will engage in safe sex.  It includes all the usual clauses about condoms and light fixtures.

Fortunately the Australian High Court struck down the ruling in 2013, which basically would have been a free-for-all that might just have ended business travel in Australia forever.  The High Court ruled that the injury was not the result of “inducement or encouragement” by the employer, and therefore she alone was responsible for swinging from the light fixtures.

More specifically, here is what the Court had to say:

“When the circumstances of an injury involve the employee engaging in an activity at the time of the injury, the relevant question is: did the employer induce or encourage the employee to engage in that activity?”

This high profile case caught the public’s attention party because it was so outlandish, and partly because newspapers were allowed to print the word “sex” on their front pages without being accused of impropriety.

But there are many other cases, usually quite low-profile, where people seek legitimate workers compensation.  Companies like NSW have seen more than their share of employees who get injured while actually on duty, in the course of following exactly the instructions they are given from their employer.  This is when you do really deserve compensation.  Employer says, “Stick your head in a lion’s mouth.”  You stick your head in, as you are told.  You deserve to be compensated for the full price required to purchase a replacement head.

Ever Watched Suits and Wondered What Some Lawyers Do?

Driverless Cars Will Save You Money