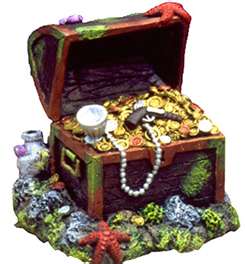 We’ve all experienced the joy of finding cash down the back of the sofa or in an old coat pocket. Now multiply that feeling and imagine the loose change as lost bank accounts worth a substantial amount of money.

For many, it would seem inconceivable that bank accounts could be lost or forgotten about, but it happens more frequently than we imagine; moving address and a change in personal circumstances such as getting married, divorced, or widowed are the main factors.

It is estimated that up to £1 billion is sitting dormant in accounts in the UK in the form of current and savings accounts, premium bonds, pension schemes, and insurance policies. Banks do try and trace the owners of accounts which is usually prompted by returned letters and statements and accounts with long periods of inactivity.

The legislation set in 2009 now means if an account remains dormant for over 15 years it automatically gets transferred to the government fund and invested into public and social programs. This however does not affect your right to money which is rightfully yours and you are entitled to reclaim it at any time.

Tracing lost bank accounts
Recent figures suggest that there are around 150 million bank accounts in the UK and around half a million lost which can easily be recovered. If you know the provider your account is with, begin by contacting them with as many of the account details as possible such as account name and number. Remember to search accounts that may have been set up in a maiden name. The bank has up to three months to respond and decide on the validity of a claim. If it refuses you can complain to the internal complaints department and if this is unsuccessful you can contact the financial ombudsman service. There are also special websites that offer a free tracing service such as NS&I’s My Lost Account. It’s worth a go as lost accounts can sometimes build up to a substantial amount due to interest accrued over the years.

Tracing Lost Pensions
On average we change careers five to seven times in our life so it’s unsurprising that keeping track of all pension paperwork might be difficult. It’s also difficult to keep abreast of insurance mergers over a lifetime as companies dissolve and merge into one another. Those most likely to be affected are those who may have been starting their career amidst the boom of company pension policies in the 80s. Until 1988 it was compulsory to pay into a company pension scheme if there was one in place and if you worked there for a couple of years it’s likely your pension may have been preserved. Recent pension legislation changes have also allowed small personal pension pots of up to £2,000 to be accessed as a lump sum rather than a paltry annuity amount.

Firstly, contact the Pensions Tracing Service, part of the Department for Work and Pensions, who keep the details of up to 200,000 pension providers and their latest contact details. Details of both company pension schemes and personal pension schemes are kept. Try to remember important details: where was the policy run from, did the employer trade under a different name for instance, what type of business was it and when did you belong to the scheme? It’s up to you to contact them and it’s important to check whether you are entitled to any pension. You may also be able to claim the pensions of relatives that may have passed away.

After being reunited with a potentially substantial amount of money, it’s always a good option to enlist the help of an independent financial advisor and re-invest. For your savings, high-yielding savings accounts such as savings bonds or an ISA will find the best interest rates. Similarly, make the most out of lost pensions by exploring your options regarding annuities.