When Banks Don’t Play Fair With Your Money

With the global nature of forex trading, it is crucial to first study some of the significant historical events related to currencies and currency exchange before investing. In this article, you will learn the international monetary system and how it influenced the current forex platform.

The establishment of the gold monetary system in 1875 is an important historical milestone in the foreign exchange market. Without a standard system in place, countries would often use gold and silver for payments. The primary concern in using this system is that the value is influenced by the external supply and demand. For instance, a discovery of a new gold mine will result in lower prices. 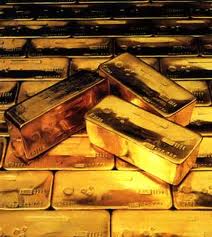 alue in gold. Hence, governments require a considerable amount of gold reserve to meet the demand for the trade. In the 19th century, primary economic countries agreed the value of a currency to an ounce of gold. Eventually, the exchange rate was based on the price difference of gold between two currencies. This was the first international standard for currency exchange.

But when the First World War broke out, the gold standard gradually demised. Because of political turmoil with Germany, most countries in Europe needed to complete important military projects. Many of these projects require substantial financing, that the gold reserves was not enough to guarantee all the excess currency that the governments were producing.

Even though the gold standard was revived after the war, many countries had dropped the system completely at the beginning of the Second World War. But still, gold continues to be the ultimate form of money.

The Allied countries believed that there is a need to establish a new monetary system to replace the gold standard system. In 1944, the representatives from the Allied nations gathered at Bretton Woods in New Hampshire to come up with a new system that they have referred as the Bretton Woods System of international monetary standard.

Aside from establishing a method of fixed exchange rates, the convention at the Bretton Woods also recognized the US Dollar as the replacement of gold standard to become a main reserve currency. It also created three international finance organizations to manage the global economic activity – the General Agreement on Tariffs and Trade (GATT), International Monetary Fund (IMF), and the International Bank for Reconstruction and Development.

The US dollar became the only currency that is guaranteed by gold, which turned out to be the main reason that this system failed. The United States had to implement a series of balance deficits to sustain its gold reserve. In 1970s, the US gold reserves dwindled that they cannot cover all the US dollars that other central banks hold.

As a result, US President Richard Nixon closed the gold reserves, and he announced that it will no longer exchange gold for the dollars. This marked the demise of the Bretton Woods system.

With the failure of the Bretton Woods System, international economies had to use floating foreign exchange rates as agreed during a convention in Jamaica in 1976. This resulted in the permanent establishment of the gold standard.

For more information to visit mocaz.com