What to Do If Your Prepaid Card is Stolen 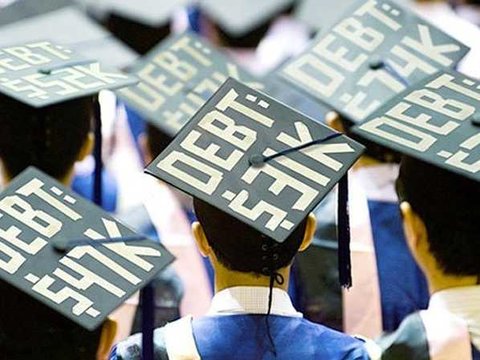 As per a recent analysis, it has been seen that the student loan debt in the US is gradually moving towards a new milestone and it will witness a 30% rise in the approaching 36 months. The Federal Reserve Bank of New York says that as the debt climbs higher in order to reach a record high level, up from $1.55 trillion, the ROI for fresh college graduates is shrinking pretty fast. As the student loan debt costs is growing by $30 billion in every quarter and hence it is soon racing towards $2 trillion by 2021. As there were hosts of protests regarding the crossing of $1 trillion in 2012 and now it is even going to cross that level too.

What are the experts saying?

As the overall population of the nation grows and as college tuition costs keep rising, the US student loan debts will also continue to soar like never before. The CEO of an online lending platform has seen a noteworthy rise in the total number of student loans being taken out from community banks and credit unions.

Since the year 2010, there has been an increase in the number of federal loans that are being made available to the students. Students are also taking up second jobs in order to pursue passive income so that they could pay off the $20,000 in the form of student loans. Whenever you make free flow of credit with access to credit, this inflates the asset class. If you take a glance at the Great Recession, mortgages were made available and then you remember what had happened.

It was just in the last decade that student loan debt had surged by around 60% and if you take a look at the recent forecast, this will only speak about the financial pain. Millions are joining the latest cadre of 45 million American education loan borrowers and it is seen that an average undergrad in 2017 has owed $40,200. There are couple of people who owe $200,000 and this is a rather scary amount.

How is Donald Trump planning to solve this debt dilemma?

Donald Trump is also alarmed at the burgeoning student loan debt level. Here are few things to watch out for.

As the Congress passed a measure to boost the amount of funds available for PSF by $350 million, Donald Trump has chosen to stop this program. PSF is a federal program which forgives federal loans of the borrower who work in the public or non-profit sector.

Presently there are 8 different categories of loan repayment programs under the federal government loans. The Trump administration simplifies the choices of the borrowers by creating a repayment plan which is income-driven. Under the repayment plan, monthly payments will be capped at 12.5% of the discretionary income of the borrower.


The Department of Education issued a request for comment on evaluating undue hardship claims, which is the standard used to check if a debt is discharged through bankruptcy.