If there were no bad people, there would be no good lawyers. -Charles Dickens

Lawyers over the years have been given a bad rap as being ambulance chasing, greedy, money hungry snakes in the grass. And sure, there have no doubt been bad lawyers just has there have been bad doctors, bad presidents,  and bad baristas. But we shouldn’t let our perception of a certain profession, especially one that has been so critical to the advancement of civilizations, be muddled up and clouded due to a few bad apples.

The practice of law is an old profession, as you would assume, and some of the earliest people who could be considered ‘lawyers” were the orators of ancient Rome. A law that was put into place in 204 BC made it so Roman advocates were not allowed to collect “fees” for their services. However, this law was sidestepped and largely ignored. Eventually causing the law to be banned by Emperoro Claudius, which allowed Roman advocates (or lawyers) be a considered a profession in which they were finally allowed to collect fees for their service and openly practice.

Since then, countless lawyers have come and gone. Some good, others leaving much to be desired. Though of them all, a select few have changed the world we live in so dramatically that they will forever be remembered for their deeds. What follows here highlights 3 such lawyers, all of whom should be known by all.

Gandhi is well known as being a spiritual leader, but few know that he actually started out as a lawyer. His journey through law began in London in the late 1800’s where he studied and received his degree in law. Eventually he moved to South Africa to further pursue his career in law, but was immediately met with racial prejudice for being Indian.

His movement into civil rights started due to this, after being assaulted and beaten, he eventually realized that his initial goal would be to defend Indian immigrants.  He began by leading many movements, all of which were centered around being peaceful. He use what is known as Satyagraha, which is a philosophy that more can be accomplished through a resistance to evil with active, non-violent resistance. This philosophy inspired movements for civil rights and freedom all over the world.

He is credited for having liberated India from tyranny and restoring the countries independence. He was the leading cause for influencing and bringing to attention civil rights on a world-wide scale, as well as becoming the de facto spiritual leader for an entire generation. His accomplishments are so vast and considerable, that there is no confusion as to why his being a lawyer is often overshadowed. However, he was, and for that he should also be remembered.

In America, people are quite familiar with the actions of Martin Luther King Jr. and Malcolm X, both whom helped keep the civil rights movements in the States growing. But when it came it abolishing discriminatory laws against African Americans, Thurgood Marshal led the battle. People like Dr. King and Malcolm X tried to win the war in the streets and by growing the support of the people, while Marshall won the battles in the courtroom. Because of this, he is easily one of America’s most memorable lawyers.

Marshall received his degree in law from Howard University in 1933. He won his first Supreme Court Case at the age of 32 and in total, he had won 29 of his total of 32 cases he fought for before the Supereme Court. He also later went on to become the first African American Supreme Court Justice, a position he held for 25 years.

For many, the name Nelson Mandela is familiar enough, but most would probably not know much more than that. Which is a shame, because he is an iconic figure who was not only a well known lawyer, but a Nobel Peace Prize winner, former President of South Africa, and leader for helping apartheid victims.

Like all other great men, he chose to make peaceful movements rather than use violence or aggression. By doing so, he lead a nation into democracy and encouraged freedom, even after being imprisoned himself for nearly his entire life. To have made such wide spread accomplishments, even after sitting behind bars for years, being the only African in his Law class, and having to redesign the way people think, is certainly worthy of being remembered as a great person.

When it comes to being great lawyers, the three above all made great strides for equality and civil rights. But not all great lawyers are fighting the same fight. Others fought against something more simple, such as the ignorance of man. Franz Kafka attempted to change our way of thinking, just as the others have, but not through so much action as a story.

Kafka was born in Prague, and is most known for his written works such as The Metamorphosis, The Trial, and The Castle. Most of his stories focus on people being thrown through a world that is filled with senseless bureaucracies and bureaucrats.  The best example being his tale Before The Law.

Kafka believed that law had no meaning outside its fact of being a pure force of domination and determination, and as a lawyer, he was tuned in and keenly aware of the political environment of his day. This helped his writings as his wit and creativeness were aptly used in conjunction to explain the fallacies of law and bureaucracy he found abound all around him. If you have yet to read any of his works, it well worth it.

The author of this article is Damien S. Wilhelmi. If you enjoyed this piece you can follow me on Twitter @FacePalmLaw. The law can be a tricky course to navigate, which is why if you have been involved in an accident, it’s advised that you seek out a Colorado Truck Accident Attorney immediately. 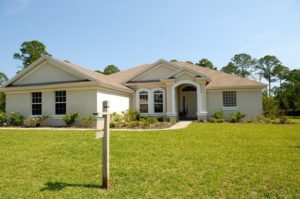 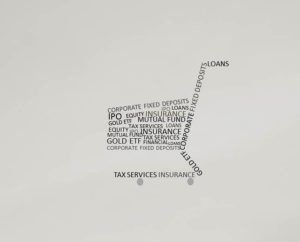