The Best Voucher Sites for Buying on a Budget! 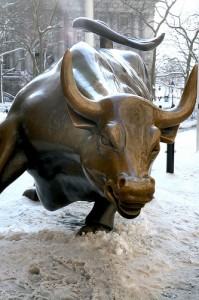 Perhaps the first step in dealing with these financial bubbles is to become aware of their existence and learn what steps the public can take to prevent major financial institutions from engaging in this fraud. As companies like Goldman Sachs become well-known for their misdeeds to the public, the public begins to stop investing in their stocks, loans, and other financial instruments. Before long, companies like this will hopefully snap. Here is a glimpse of the four most painful financial bubbles of all time, their major players, and how the American public was tragically affected by them.

Before the Great Depression fully ensued in American society, Goldman Sachs was a small bank that had just been created. Goldman Sachs got involved by allowing ordinary individuals in society to make investments in large trusts. It created the Goldman Sachs Trading Corporation and issued over a million shares for $100 each. It bought its own shares, and then the company decided to resell the shares to the public at $104. Goldman continued to create trusts with different names after this and continued to borrow from the public. What resulted was the crash of 1929. Today, the amount that Goldman Sachs lost in that crash would be equivalent to $475 billion.

In 2007, millions of Americans witnessed their homes go into foreclosure due to fraudulent acts by major banks like Goldman Sachs, Wachovia, SunTrust, and other banks. These banks were engaged in a scheme that involved offering loans to people who could not afford them. When people defaulted on the loans, the banks would then resell the loans to make a profit. The bubble burst and thousands were left homeless as a result. People are continuing to suffer the effects of the 2007 sub-prime mortgage crisis. Laws have also been enacted to require more honest lending practices from banks. Banks are now required to fully explain the consequences of signing up for an adjustable-rate mortgage.

These painful financial bubbles have exposed widespread corruption in the American economy. Hopefully, as time goes by, people will grow wiser in the types of investments that they make and realize that financial bubbles are a recurring cycle in the economy.